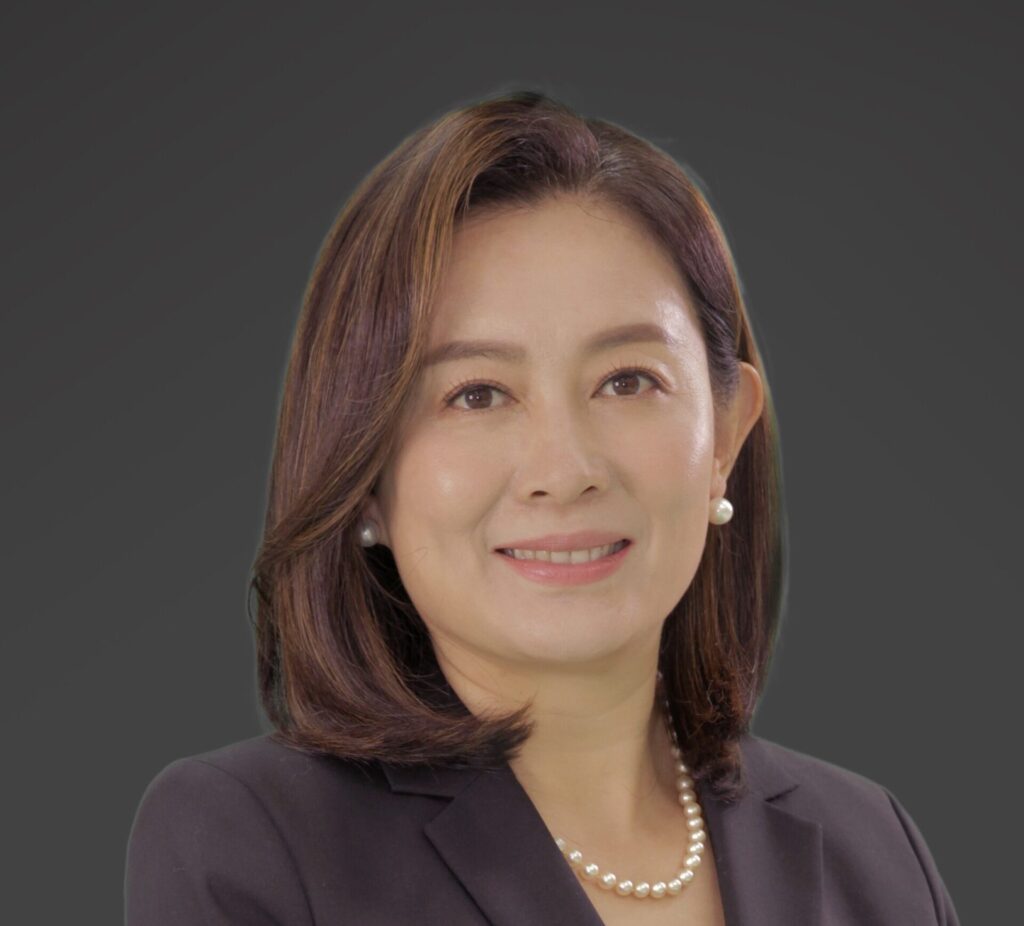 Syaru Shirley Lin is Research Professor at the Miller Center of Public Affairs at the University of Virginia and a Non-Resident Senior Fellow in the Foreign Policy program at Brookings. She is also an Adjunct Professor at The Chinese University of Hong Kong. Shirley chairs the Center for Asia-Pacific Resilience and Innovation (CAPRI), a new policy think tank conducting interdisciplinary, comparative research on innovative policies that can strengthen resilience and improve governance in the Asia Pacific. CAPRI currently acts as the Asia-Pacific Hub of the Commission on Reform for Resilience and the Partnership for Health System Sustainability and Resilience, two global initiatives that that are reviewing the response to the COVID pandemic and developing proposals for better responses in the future.

Her research and teaching focus on cross-Strait relations, international and comparative political economy, as well as the challenges facing high-income societies in East Asia. She is the author of Taiwan’s China Dilemma: Contested Identities and Multiple Interests in Taiwan’s Cross-Strait Economic Policy (Stanford University Press, 2016) which was also published in Chinese in 2019. Her book highlights the linkage between Taiwan’s national identity and its foreign economic policy and analyzes the implications for Taiwan’s future relationship with China. She is now writing a book on six economies in Asia Pacific caught in the high-income trap, all of which are facing problems such as inequality, demographic decline, financialization, outdated education systems, increasingly polarized societies, inadequate policy and technological innovation, and climate change. Her analysis and commentary frequently appear in English and Chinese media.

She was the youngest woman partner as well as one of the first Asian partners of Goldman Sachs, where she led the firm’s investment efforts in Asia, managing private equity and venture capital investments in 12 countries and setting up its Tokyo operation. She spearheaded the firm’s investments in technology start-ups in Asia, making it one of the earliest and most successful investors in China. In that capacity, she led the first round of institutional investments in Alibaba and Semiconductor Manufacturing International Corporation. Prior to her work in private equity and venture capital, she specialized in the privatization of state-owned enterprises in China and Singapore.

Shirley has served on the boards of numerous private and public companies and currently serves as a director of TE Connectivity, Goldman Sachs Asia Bank, and Langham Hospitality Investments. She is a director of the Focused Ultrasound Foundation, which supports the development and adoption of new therapeutic medical technologies, and a senior advisor to Taiwan’s Talent Circulation Alliance, an initiative to promote Taiwan as a hub for talent for the region and the world. She served on the Hong Kong Committee for Pacific Economic Cooperation from 2016 to 2022, advising the Hong Kong government on matters related to the Pacific Economic Cooperation Council. Cecilia Yin joined CAPRI in 2021 as part of its founding team.

Previously, Cecilia worked as an executive assistant in the Securities Division of Goldman Sachs (Asia) in the Hong Kong office from 1993 to 2015. She was responsible for administrative duties and client coordination for the Division, managing support staff and providing secretarial assistance to the Division Head. Yulan Hsu joined CAPRI in 2022. Yulan has been involved in non-profit organizations (NPOs) management in Taiwan for over a decade, and currently serves as Director of Taiwan Women’s Link. She has extensive knowledge of strategic planning and interdepartmental coordination to assist decision-making in the organization and advise its long-term development.

Throughout her career, Yulan has held a strong commitment to women rights and social equality. Previously, Yulan has led and contributed to various Taiwanese NPOs, including National Alliance of Taiwan Women’s Associations, Legal Aid Foundation, Taipei Women’s Rescue Foundation, Ama Museum, among others. She was also appointed as the Secretary to the Commissioner of Department of Social Welfare in Taipei City Government. Caroline Fried joined the team that founded CAPRI in 2021. She has research experience in the economics, politics, development, and history of the Asia Pacific, particularly Taiwan and China. She has also researched the cross-border flows of students in higher education and the internationalization of higher education systems.

Before joining CAPRI, Caroline was an academic editor and research assistant in Taipei. Caroline hails from North Carolina, and she holds bachelor’s degrees in international affairs and history from Northeastern University, Boston, MA. Upon completing her undergraduate studies, Caroline was awarded a Fulbright grant to complete a master’s degree in Asia-Pacific studies at National Chengchi University, Taipei. She has called Taipei home since 2017. Siwei Huang is part of the founding team of CAPRI. He has conducted interdisciplinary research on Taiwan, Hong Kong, and international affairs. Specifically, he has done research on evolution of identity in Taiwan and Hong Kong, especially in the context of their relations with China. He has also examined the issues of environmental sustainability and internationalization in Taiwan, as well as the policy-making process in Hong Kong and its implications for state-society relations. He closely monitors developments in US-China relations and tracks how they affect various stakeholders in Asia.

Before joining CAPRI, Siwei was a research assistant at the Department of Social Sciences, Education University of Hong Kong. A native of Hunan, Siwei graduated from Hong Kong Baptist University in applied economics with First Honors and received his master’s degree in global political economy from The Chinese University of Hong Kong. Having experienced the global-local nexus in Asia’s World City, Siwei values diversity and openness in the formation of a more vibrant and inclusive community. Chris Gorin joined CAPRI in 2022. His academic research has focused on political dynamics in Northeast Asia and the US role in the region. His specific research topics have included cross-strait relations, Japan’s role in the Taiwan Strait, the influence of public opinion on Chinese foreign policy, and the US treaties with South Korea and Japan. His professional experience has included reporting on US campaign finance, political consulting & communications, and legal & technical writing. Chris holds a BA in Politics from UC Santa Cruz, an MA in International Relations from San Francisco State University, and an MA in Diplomacy from National Chengchi University. He was born and raised in California, but has been based in Taipei since 2017. 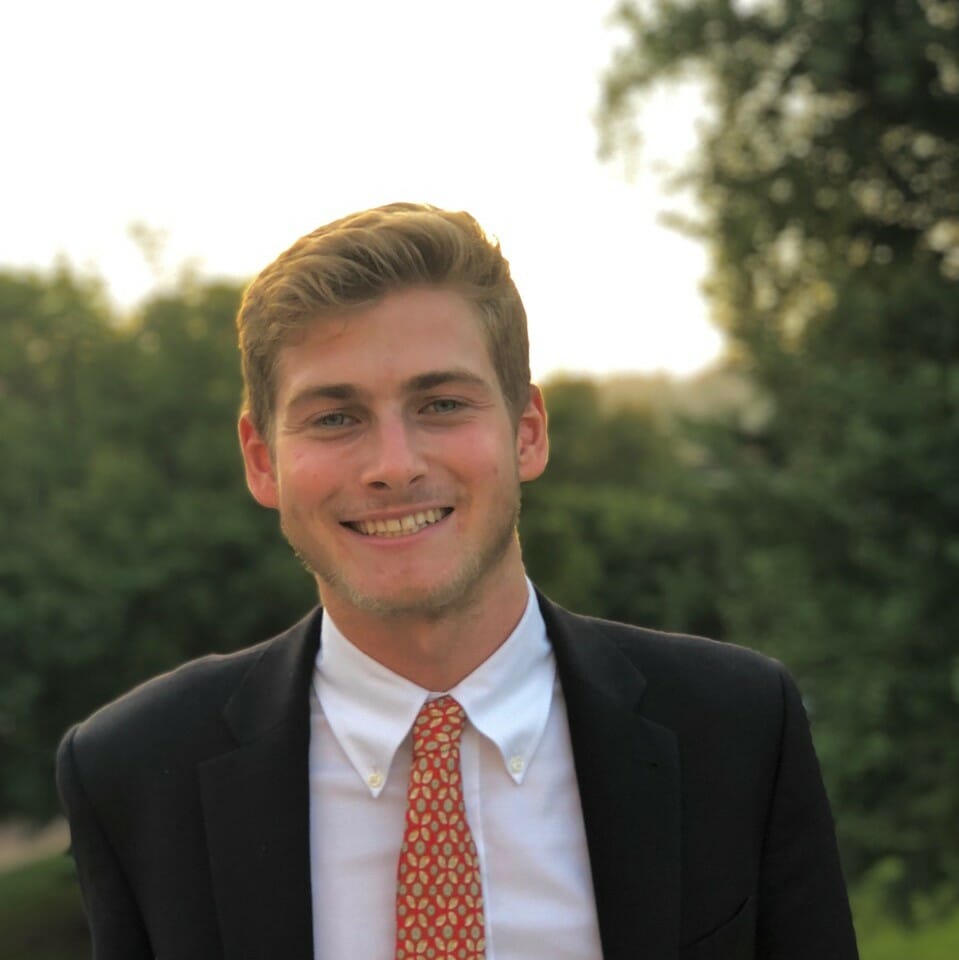 Jacob Libby is a recent graduate from a two-year master’s program at the Yenching Academy of Peking University, where his research focused on the geopolitics of the US-China-Taiwan semiconductor trade and the broader challenges associated with export controls, foreign direct investment, and industrial policy in the region. Previously, Jacob completed his undergraduate degree in foreign affairs and Spanish at the University of Virginia. He has worked at the US Department of State, the Carnegie-Tsinghua Center, SupChina, and the Miller Center at UVA, conducting research on contemporary US-China relations and East Asian politics and economics.

He is deeply interested in the growth of East Asia’s technology sphere and plans to dedicate his career to fostering positive, productive relations between the US and East Asia toward a prosperous and innovative future in the face of collective challenges such as climate change and democratic erosion. He is currently pursuing a law degree at Harvard Law School in furtherance of that goal. Shawn Hung was selected by CAPRI from the Talent Circulation Alliance Program, which is led by the American Institute in Taiwan and Institute for Information Industry. He is a graduate of the Department of Psychology at National Cheng Kung University, Taiwan. Born and raised in Hsinchu, Taiwan, his previous experiences include conducting brainwave technology research as a scholarship researcher from the Ministry of Science and Technology. He also led the executive team for the 2022 Youth Development Administration Deliberative Democracy Forum, which helps promote future national mental health policies. Shawn’s background in psychology and neuroscience formed the foundation for his interest in mental health policy and research. His interdisciplinary thinking has motivated him to gain experience in various fields, including design and language learning. Mithra Dhinakaran has joined Capri for the fall 2022 semester. She is currently a senior at the University of Virginia double majoring in Economics and Global Studies Security & Justice. This Fall, she is studying Mandarin at National Chengchi University’s Chinese Language Center in Taipei. Mithra’s current research focus is US-China relations, but she has completed projects on topics ranging from rebel militant conflicts to policing data availability. She has previously worked as an Executive Education intern at the Center for Strategic and International Studies (CSIS) and an event coordinator at UVA’s Economics Career Office (ECO). Mithra is a native of Virginia and will be based in the DC area starting from January 2023.

ⓒ 2022 Center for Asia-Pacific Resilience and Innovation. All Rights Reserved.

ⓒ 2022 Center for Asia-Pacific Resilience and Innovation. All Rights Reserved.