Taiwan needs to be able to endure challenges of health, economy, and sustainability and emerge even more resilient. Taiwan needs interdisciplinary thinking, talent cultivation, and a more international mindset to accomplish this. 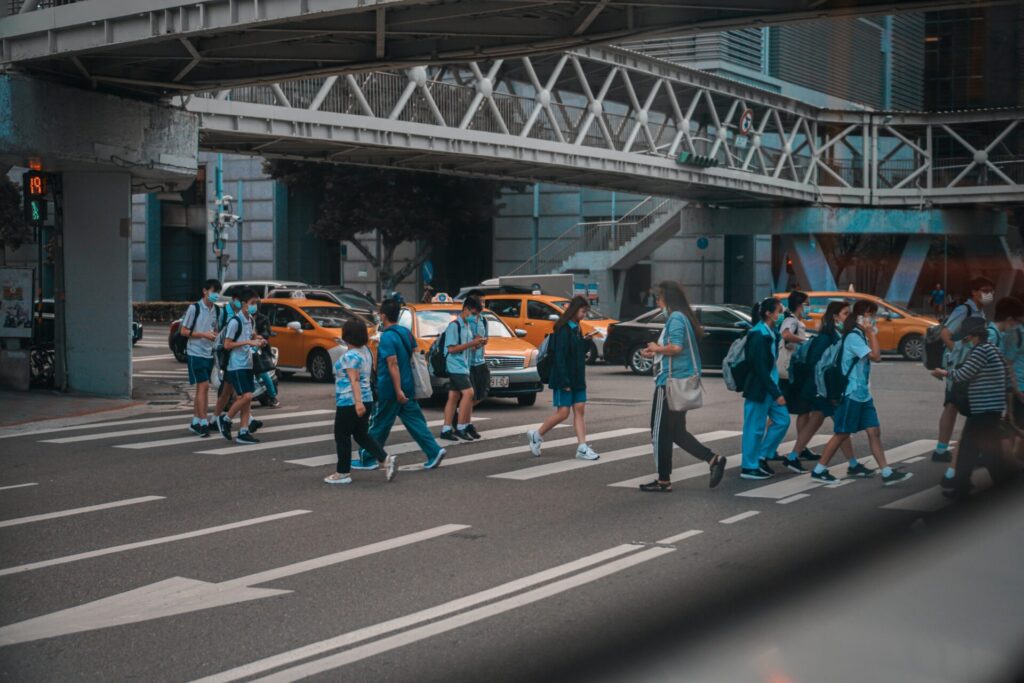 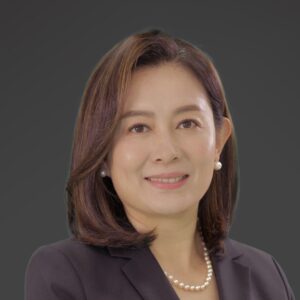 Chair of the Board, Center for Asia-Pacific Resilience and Innovation

As I start my day here in Taipei, I see the beautiful Elephant Mountain outside my window. Taiwan lives up to its early Portuguese name, Formosa—“the beautiful island,” and the scenery alone could make you forget the global turmoil. But right now, government officials are waking up around the city with very pressing challenges on their minds. The war in Ukraine continues to pound the global economy, driving up inflation and increasing market instability. It also keeps our allies anxious over geopolitical threats to Taiwan. All the while, the pandemic continues to rage, despite Taiwan’s early successes at containment.

Today, I would like to look at Taiwan’s domestic challenges in health, economy, and sustainability, which resemble those in many other societies in the Asia Pacific and around the world. Managing these interconnected challenges will require innovation in both technology and policy and is essential for Taiwan’s continued resilience. Resilience is the key mission of our nonprofit foundation—the Center for Asia-Pacific Resilience and Innovation (CAPRI). Through interdisciplinary research and public–private collaboration, CAPRI aims to enhance resilience and improve governance around the world by drawing on the experiences of the Asia-Pacific region. Despite many hurdles, we registered CAPRI in Taipei because Taiwan has both much to offer and much to learn in addressing governance challenges shared throughout the Asia Pacific and the world.

But Taiwan itself must become more capable of weathering crises rather than simply preventing them. Taiwan needs to be able to endure challenges of health, economy, and sustainability and emerge even more resilient. Taiwan needs interdisciplinary thinking, talent cultivation, and a more international mindset to accomplish this. I will briefly discuss each challenge for Taiwan and then share what CAPRI is doing in Taipei to foster cross-sector collaboration and interdisciplinary research to address these challenges.

The CAPRI team assembled early on in the outbreak of COVID-19, while Taiwan was achieving outstanding success in managing the pandemic. In 2020, fewer than 10 people had died of COVID-19, the economy outperformed its Asian neighbors with a growth rate of 3%, and life remained fairly normal. This early success built on social trust and a tech-savvy government response could be attributed to lessons learned from the 2003 SARS epidemic. However, as the virus evolved and began to evade Taiwan’s established defenses, we became a victim of our own success. While tight border controls, stringent quarantine requirements, and measures to halt community spread sufficed in 2020, Taiwan subsequently found itself plagued by vaccine shortages, insufficient testing, and glaring gaps in the quarantine system. By the end of October 2022, only 70% of the elderly population had been boosted—this figure is very low for advanced countries. As a result, cases and deaths skyrocketed in mid-2022, with Taiwan surpassing China in total reported deaths this June. Taiwan plummeted from its number one position on Nikkei’s COVID Resilience Index in January 2022 to number 113 by May after the Omicron outbreak, rebounding to number 69 by September after relaxing some unnecessary and counterproductive restrictions. To be resilient, Taiwan needs a strategy that can evolve as new viral variants reduce the effectiveness of previous approaches.

Taiwan’s unique economic success in 2020 when other countries faced significant downturns demonstrates that public health and the economy go hand in hand; one cannot move forward without the other. However, Taiwan’s difficulty in adapting to new variants in 2021 and 2022 revealed that public health challenges require adaptability and innovation to ensure that both health and economic systems remain resilient.

The second domestic challenge Taiwan faces is its economy. In 2021, Taiwan’s economy grew over 6.5%, the highest growth in 11 years, with its per capita GDP surpassing US$30,000, becoming one of only 11 economies of over 20 million people with this level of wealth. However, a survey conducted by the Taiwan Foundation for Democracy in late 2021 showed that one-third of Taiwanese felt the economy was getting worse, and over 37% stated that they did not feel much positive impact of economic growth on their daily lives compared with 2020. This indicates a significant gap between the GDP figures and people’s sense of well-being, especially among younger people, who are reluctant to get married, have children, or even embark on promising but exhausting careers. This discrepancy has been evident not only in Taiwan but also other high-income societies in the Asia Pacific.

Moreover, the Taiwanese economy has become overly concentrated in one sector: semiconductors. Over the past decade, 40% of Taiwan’s exports have come from the semiconductor industry, which served as the primary driver of Taiwan’s growth. But where this sector has been dynamic, the rest of Taiwan’s economy has been stagnant. Although GDP per capita grew 33% from 2012 to 2020, the median monthly wage grew only 13%, with nearly all wage growth occurring in the information and communications technology industry. Meanwhile, the majority of the service sector suffered from stagnating wages. In other words, uneven growth is increasing inequality. Taiwan’s economy needs to upgrade from manufacturing to high-value-added services.

Taiwan’s imbalanced economy will become even more problematic as external economic and geopolitical dynamics change. Taiwan’s economic forecasts for this year and next are clouding over as the demand for high-tech exports weakens and COVID-19 continues to dampen the economy of China, Taiwan’s biggest export market. With Taiwan’s semiconductor industry now facing headwinds due to demands for reshoring and stringent export control in the United States and indigenization in China, the stagnating nonsemiconductor industries in Taiwan need significant upgrading to become more efficient and resilient.

Finally, on environmental sustainability, Taiwan has long been a laggard, and its position as the eighth-highest carbon emitter per capita among countries of more than 10 million people is unacceptable. Fossil fuels still provide over 80% of the island’s power output, while renewable resources account for just over 5%. Only recently did President Tsai join other major economies in committing to net-zero carbon emissions by 2050, after previously promising only to cut them in half. Taiwan’s Ministry of Energy is targeting 20% renewable energy generation by 2025, but very few experts believe the target is realistic. Moreover, political consensus is lacking regarding Taiwan’s energy transition, particularly due to broad opposition to nuclear energy. Just last week, a major survey on public attitudes toward climate change showed that nearly half of Taiwanese, especially the younger generation, are dissatisfied with the government’s response to climate change, yet over 60% are unsure about the meaning of “net-zero emissions,” and public discussion of the issue remains superficial at best. Most disappointingly, carbon reduction has hardly been discussed in the lead-up to Taiwan’s midterm elections this month.

Taiwan continues to see sustainability as a cost and a tradeoff rather than as an opportunity or an imperative. Leading high-tech manufacturing industries are often the major source of the unsustainable consumption of carbon-based energy, which these companies still view as cheaper than transitioning to renewables. Achieving sustainable economic growth is thereby impossible without changing industrial energy consumption patterns.

These three key challenges are not exclusive to Taiwan, which must work with international society to analyze and address them. A critical obstacle to overcoming these challenges for Taiwan is its exclusion from key international organizations, such as the WHO during the pandemic. Right now, at COP27 in Egypt, Taiwan has no official representation, participating only in side meetings through NGO delegations because it is not a UN member. Consequently, as Taiwanese society has democratized, it has also grown worryingly isolated and parochial. Most schools, companies, and government agencies operate only in Chinese. The government’s initiative to make Taiwan fully bilingual in Chinese and English by 2030 has met broad societal and institutional indifference at best and resistance at worst. Taiwan can choose to remain largely homogeneous ethnically and culturally, or it can pursue greater demographic, linguistic, ethnic, and cultural diversity, enabling it to play a more active role in international trade, exchanges, and problem solving.

Over the last four decades, most international students interested in studying Chinese have gone to China. But during the pandemic, Taiwan has received an influx of international students. These students are often segregated in their day-to-day activities from Taiwanese students because they are typically not fluent enough to study alongside their Taiwanese peers, in Chinese, which remains the main language of instruction. Even if these students initially come to Taiwan as a substitute for going to China, this is an opportunity for Taiwan to share its values and teach students how democracies govern. Scholars in the United States and around the world have been viewing Taiwan differently from how Taiwan views itself, and this reconnection further affords us the opportunity to internationalize.

Fortunately, we are seeing some steps toward international economic integration. Taiwan and the United States just concluded their first trade initiative meeting, with more talks to come. Should a bilateral trade agreement be reached, it would accelerate talent circulation between Taiwan and the United States, especially Silicon Valley, to upgrade the Taiwanese economy and address challenges in environmental sustainability and public health. Membership in the Comprehensive and Progressive Agreement for Trans-Pacific Partnership, the Asia Pacific’s leading trade agreement to which Taiwan applied last year, would force Taiwan to open its economy wider and better prepare for changes in the global supply chain.

However, solutions to these vital challenges require Taiwan to have more than just a well-functioning political system and a friendly international environment; they require an active civil society to develop thoughtful solutions, promote productive dialogue, and encourage consensus building, even if it seems unattainable these days. Those efforts must draw on the expertise of leaders in academia, business, government, and civil society in Taiwan and abroad.

To fill in this gap, and to help Taiwan play a more active role in promoting innovation and resilience, a group of us in academia and business created CAPRI, co-located in Taipei and Charlottesville, Virginia. As the first INGO of its kind to be established in Taiwan since the Fulbright Foundation in 1979, CAPRI was founded to build connections between academic disciplines that develop in isolation rather than as part of the same system and to promote public–private collaboration. In other words, CAPRI gives a platform for Taiwan to be a thought leader in the region and work with regional and global networks of individuals and institutions as a nonpartisan, nongovernmental, and international policy research organization. We are actively working with the WHO, World Economic Forum, and other global initiatives on a host of issues. As an interdisciplinary institution, CAPRI can conduct broader analyses than research organizations focused on a single problem or issue can. Perhaps most importantly, CAPRI’s mission is to promote the development of young talent in Taiwan and the region and to identify and share the policy experiences of the Asia Pacific with the rest of the world. We believe that fulfilling this mission can help decision makers find effective solutions to the complex challenges facing Taiwan and the world. Thank you.

Since 2020, the COVID-19 pandemic has been a stress test for national and international institutions. In particular, governments have been forced to reckon with how... 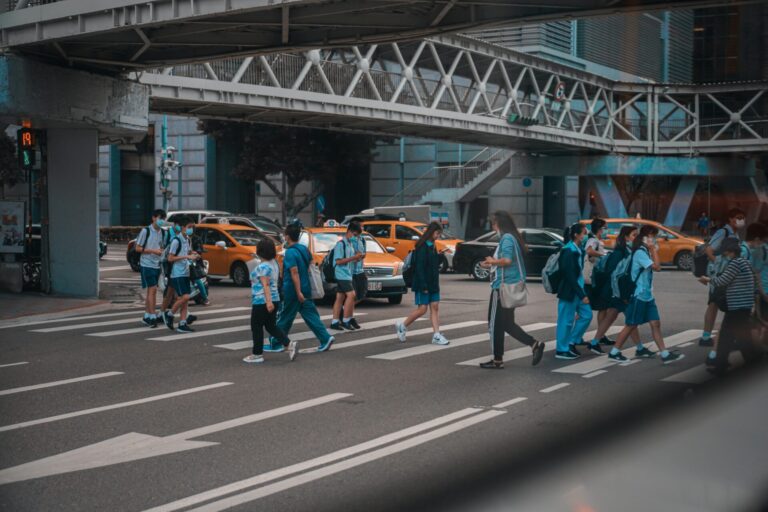 Taiwan needs to be able to endure challenges of health, economy, and sustainability and emerge even more resilient. Taiwan needs interdisciplinary thinking, talent cultivation, and... Taiwan is important to the world because it is an example of good democratic governance, more sustainable business, and improved quality of life that transcend...